In the northern part of the Påvel Ångerman district we have developed a project that forms the basis for a zoning plan together with Perol Fastigheter. The plan, which has now gained legal approval, incorporates housing, workplaces and hotels with a combined total volume of some 16,000 sqm. 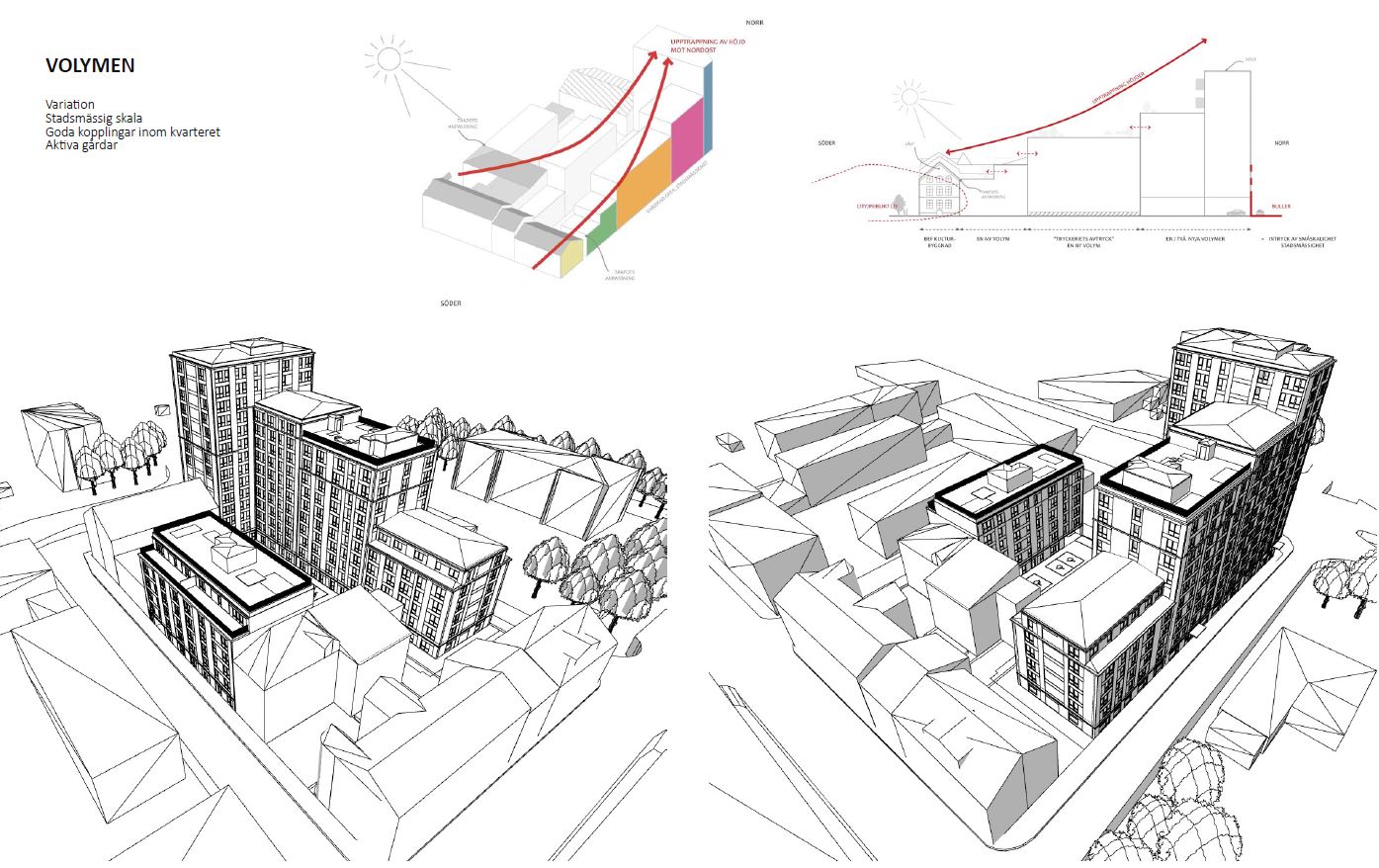 In addition we have further developed the neighbourhood in a variety of different ways, partly as a combination of hotels and houses and also as an exclusively residential area. The residential project is now underway, and planning permission is expected to be applied for during the first half of 2021 on behalf of property developers Kvalitena and Peritas.

The neighbourhood is located on the border between Gävle’s small-scale city centre, the cultural buildings in the southern part of the block and the larger-scale urban space around Staketgatan north of the development. This has been the starting point for the plan’s variation in volume that increases the further north you go. It has also been important that the sizes and facades of the buildings have an urban variation, with a feeling of openness at street level.

In our designs we continue to draw on the neighbourhood’s historic links to the local printing works, which is why our project is called the “New Printing Works”. Our design is based on the rationality and clarity that the facades of older industrial buildings possess, and connects to the cultural buildings in the choice of colours and materials used. Together with the culturally and historically protected 19th century buildings located along Ruddammsgatan and the surrounding neighborhoods that largely date from the 1940s, the modern additions of the project provide a continuation of variety that distinguishes the respective elements. 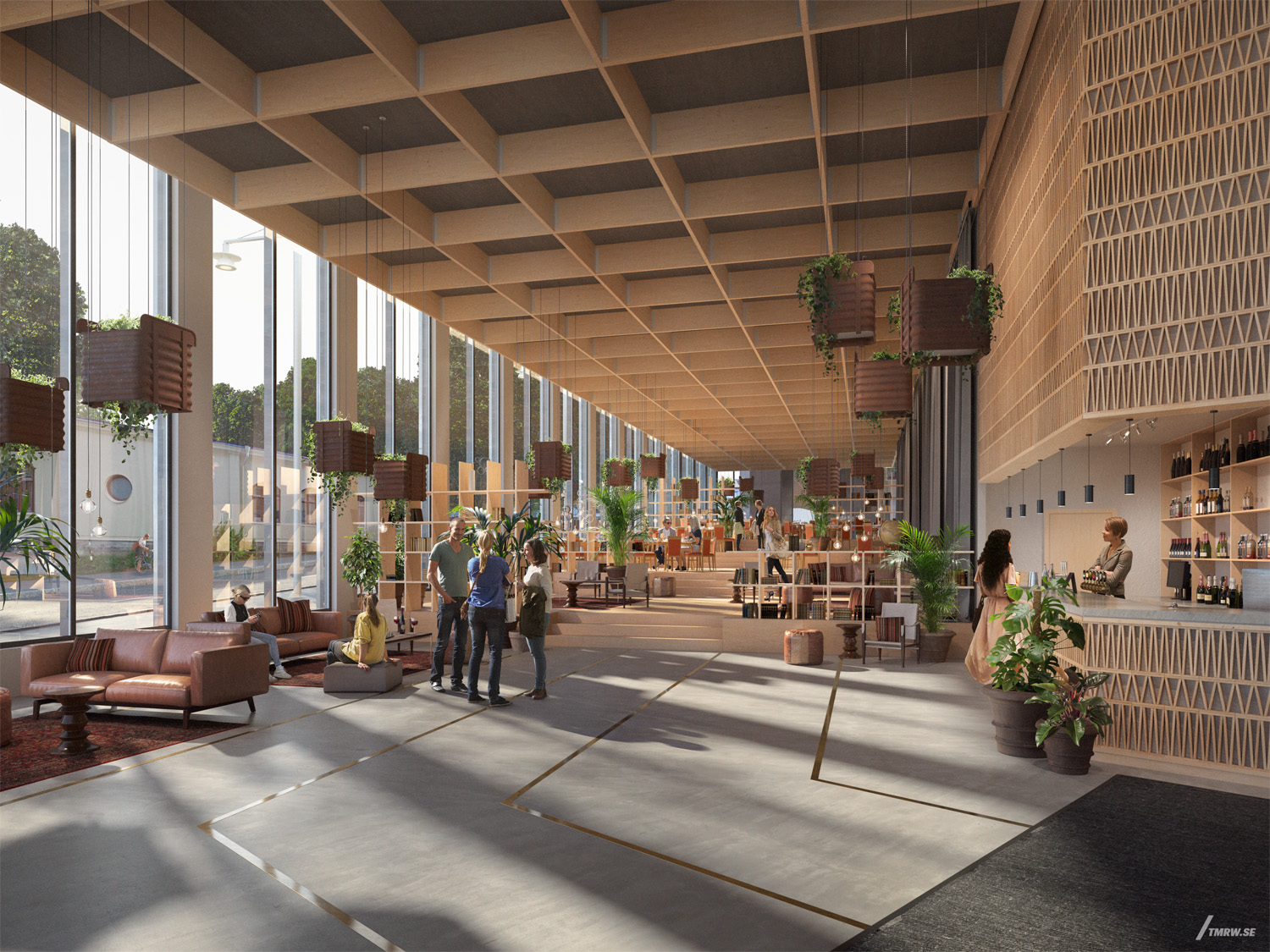 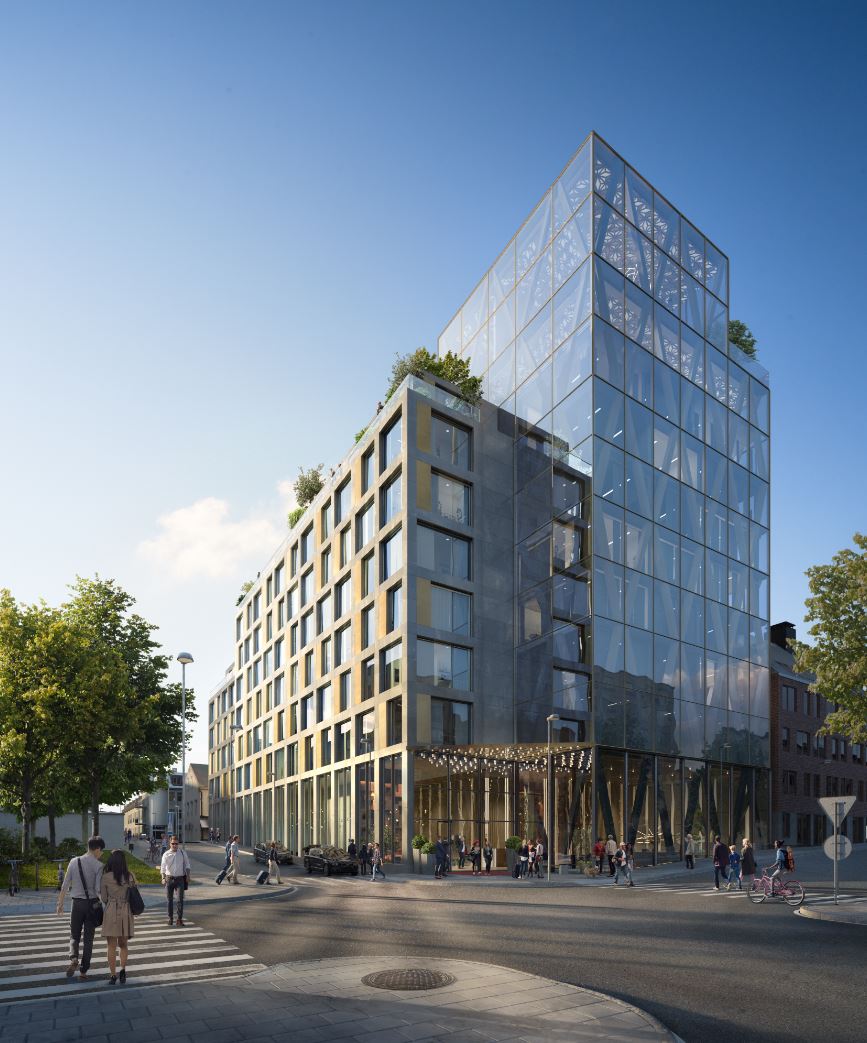