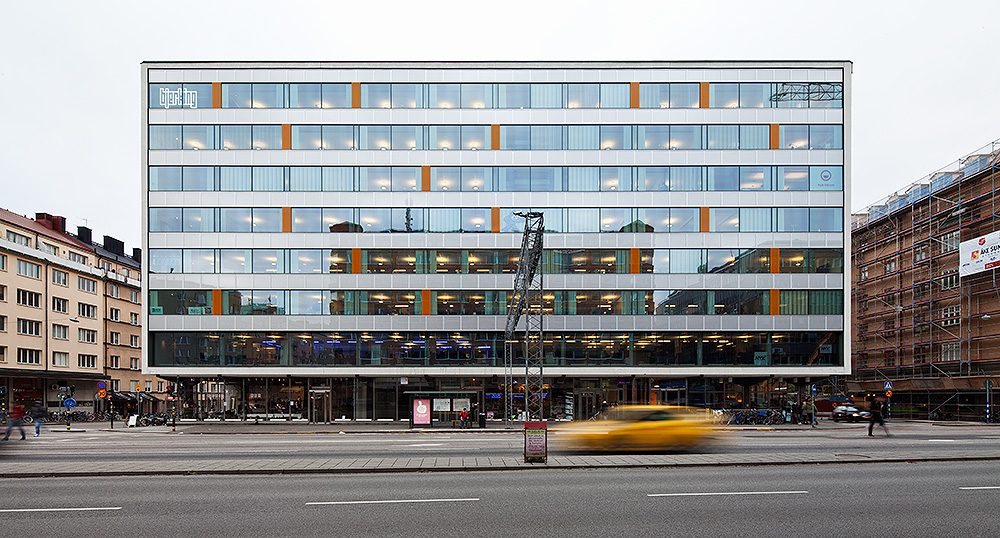 As part of the development of the new district centre in Hornstull, existing office space in Kv. Bulten 19 and the Sågen block 19 needed updating.

The project was nominated for the 2009 ROT Prize (ROT stands for Renovering (Renovation) Ombyggnad (Reconstruction) and Tillbyggnad (Extension)). In Kv. Bulten work mostly consisted of interior changes. The existing facade was retained in its entirety, and new office space was added in an extension on Borgargatan.